Home internet marketing What Timeshare is All About

What Timeshare is All About

With a timeshare, the use and costs of running the resort are shared among the owners. While the majority of Timeshare resorts are condominium vacation resorts, developers have applied the timeshare model to houseboats, yachts, campgrounds, and motor homes.

The notion of a timeshare was originally created in Europe in the 1960s. A ski resort developer in the French Alps innovatively marketed his resort by encouraging guests to "stop renting a room" and instead "buy the hotel". The developer was successful in increasing occupancy and the idea spread worldwide.

Timeshare Methods of Use

Timeshare owners may elect to:

Timeshare owners can elect to stay at their resort during the prescribed period, which varies depending on the nature of their ownership. They can rent out their week or give it as a gift to friends and family.

Timeshare offers owners the possibility to exchange their week, either independently or through several exchange agencies, to stay at one of the thousands of other resorts worldwide. The two largest exchange agencies are Resort Condominiums International (RCI) & Interval International [II] and there are several independent exchange agencies. RCI and II both have resort affiliate programs and members can only exchange to affiliate resorts. It is rare to find a dual affiliate resort, it is more common for a resort to be affiliated with only one of the larger exchange agencies. RCI is the largest with over 3,800 resorts split between its weeks and points programs. II has more than 2000 resorts. It is important when considering timeshare ownership to consider which locations and resorts you may want to travel to before making your purchase because the timeshare resort you purchase at will determine which of the major exchange companies you can exchange through. Both RCI and II charge membership fees and exchange fees. They also bar members from renting weeks they have exchanged for. 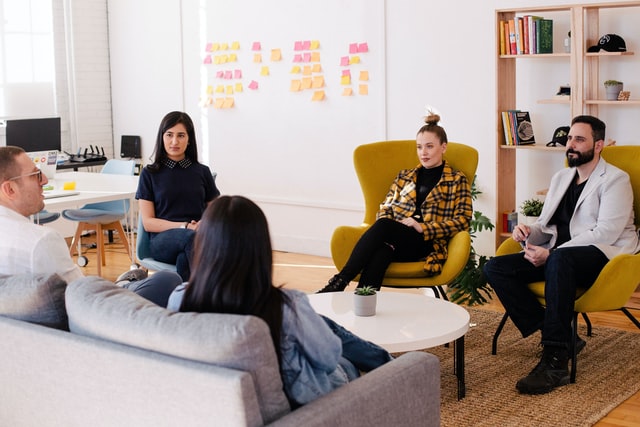 Timeshare owners may also arrange a direct exchange, this requires locating a timeshare owner with the location and weeks both mutually desire. This form of exchange is rare but since it can save in exchange fees it is often sought after.

Color time refers to the travel season for any given resort. For RCI, the designations are:

For II, the designations are:

Ownership is often sold as weeks, the use of these weeks can be fixed, floating, or rotating weeks

The most basic timeshare unit is a fixed week; the resort will have a calendar enumerating the weeks roughly starting with the first calendar week of the year. As an owner, you may own a deed to use a unit for a single specified week. For example, week 26 normally includes the Fourth of July Holiday. If you owned Week 26 at a resort you could use your week every year.

Sometimes a timeshare is sold as floating weeks. The ownership will be specific on how many weeks you own and from which weeks you may select for your stay. An example of this, a timeshare that may be a floating summer week where the owner may request any week during the summer season generally weeks 22 through 36. In this example, there would be competition for prime holidays such as the weeks of Memorial Day, Fourth of July, and Labor Day. The weeks when schools may still be in session would not be so high in demand. Some floating contracts exclude major holidays so they may be sold as fixed weeks.

Some timeshare is sold as rotating weeks. In an attempt to give all owners a chance for the best weeks the weeks are rotated forward or backward through the calendar so one year the owner may have use of week 25, then week 26 the next year, and then week 27 the year after that. This method does give each owner a fair opportunity for prime weeks but it is not flexible.

Deeded vs. Right to Use

A major difference in types of timeshare ownership is that between deeded and right to use contracts. With deeded contracts, the use of the timeshare resort is usually divided into weeklong increments and these are sold as fractional ownership and are real property. As with any other piece of real estate you may use your week, rent your week, give it away, or leave it to your heirs.

Vacation clubs are organizations that may own timeshare units in multiple resorts in different locations. They are sold both as deeded or right to use and club members may reserve vacation time at any of the owned resort units based on availability.

A points program member may often request fractional weeks as well as full or multiple weeks stays. The number of points required to stay at the resort will vary based on a points chart. The points chart will allow for factors such as:

* The popularity of the resort;

* The size of the accommodations;

* The number of nights;

* The popularity of the season;

* and the specific nights requested.

There is flexibility as well as complexity in point programs.

* With any of the above-mentioned ownership methods, a timeshare owner is legally and contractually tied to that ownership.

* A timeshare owner has rights, responsibilities, and legal obligations. Once the timeshare contract is made it is not easily mended.

* These contracts and obligations belong to the timeshare owner until the timeshare is sold or ownership is transferred through some other means.

In many developer contracts (and often required by government statutes and/or regulations) there may exist a Rescission period. The Rescission period outlines how many days after a timeshare purchase, from a developer, that a buyer has an opportunity to change their mind and cancel the purchase. The Rescission period is usually only a few days long and the buyer must follow the cancellation procedure exactly or risk the request to rescind being ignored.

Types and Sizes of Timeshare Units

Timeshare properties tend to be apartment-style units ranging in size from studio units (with room for two) to three and four-bedroom units. These larger units can comfortably house large families. Timeshare units normally include fully equipped kitchens with a dining area, dishwasher, televisions, VCRs, and more. It is not uncommon to have washers and dryers either in the unit or easily accessible on the resort. Kitchens are equipped to the size of the unit so that a unit that sleeps four should have at least four glasses, plates, forks, knives, spoons, and bowls so that all four guests can sit and eat at once.

* Sleeps 2/2 would normally be a one-bedroom or studio

Sleep privately refers to the number of guests who will not have to walk through another guest's sleeping area to use a restroom. Timeshare resorts tend to be strict on the number of guests per unit. Unit size can affect demand at a given resort where a two-bedroom unit may be in higher demand than a one-bedroom unit at the same resort. The same does not hold true comparing resorts in different locations. A one-bedroom with a great location may still be in higher demand than a resort with less demand. An example of this may be a one-bedroom at a great beach resort compared to a two-bedroom unit at a resort located inland from the same beach.

The concept of vacation timeshare has also been extended to luxury items such as planes and luxury cars.

Today's timeshare industry includes over 5000 resorts worldwide, for a total of 11 million timeshares "intervals" that have been individually sold to nearly 7 million families around the world. There are timeshare resorts around the world. Global timeshare sales total over $9 billion annually. ARDA, American Resorts Development Association, reported that in the USA, as of January 1, 2005, there were 1668 timeshare resorts serving 3.87 million US households. Ownership has increased in the USA by 16.2 percent in 2004 and 13.8 percent in 2003.

There exists a resale industry for the resale of timeshare intervals. Many of these can be found searching the Internet as well as an active market in online auction sites such as that eBay.

Pros and Cons of Timeshares

The timeshare industry has been widely criticized and even sometimes likened to a travel scam. Unlike the customary renting arrangement, where the customer decides every year on the quality and price of accommodations, timeshare requires making major payments upfront. There exist doubts as to whether timeshare buyers ever recover the money spent, but the vast majority of timeshare owners have no desire to exit the system and find the quality of their holiday accommodation makes their financial outlay a logical expenditure.

There are also some complaints that owners have to return to the same resort every year, but there exist several companies - the best known being Resort Condominiums International (RCI) & Interval International - that enable timeshare owners to exchange their weeks into literally thousands of resorts around the world. There are a growing number of independent timeshare exchange organizations available to timeshare owners.

Other complaints include issues surrounding the yearly maintenance fee. Some critics talk of ever-escalating fees that mean owners cannot afford to keep their weeks due to financial pressure.

One of the major benefits of the product is the fact that vacation timeshare is real property. Resort developers purchase land in a location and develop a timeshare resort. They are actually selling consumers deeded weeks of real property at a specific location, meaning customers can do what they wish with the weeks they own. This flexibility includes the opportunity to rent out weeks that are not used or indeed to lend them to friends or family.

Like any other product, timeshare exchange is subject to the law of supply. This should make the exchange mechanism a fair and meritocratic system. For example, if a timeshare owner deposits a studio apartment in low season that owner is unlikely to be able to exchange into a villa during a country's high season. In practice, the major exchange companies have proprietary exchange formulas that add complexity to the system. The study of and issues revolving around exchanging are beyond the scope of this article and should be researched before making any timeshare purchase.