What Is The Most Difficult Thing In The Process Of Internet Business?

The most difficult thing to solve when doing business on the Internet is trust. One of my students told me, Now in his space,

The most difficult thing to solve when doing business on the Internet is trust. One of my students told me, Now in his space, there are many people in his circle of friends. Every day I look at what she sends and look at his products. But it is because the trust problem cannot be solved. The customer asked him to ship the goods first and then pay the money. As for him, he also tried to ship the goods first and then collect the money, which often caused the goods to be sent to the customers. A situation where the customer is unwilling to pay. He asked me how to solve it. 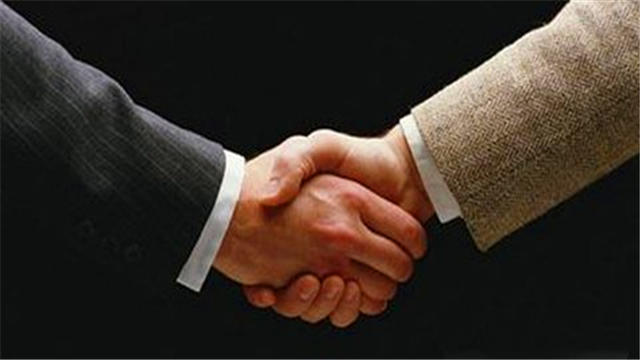 We started from scratch:

A good idea needs to be unique, it needs to be in demand, and it needs to be well realized by no or few people. Does an idea meet the needs of users? How many users' needs are met? Are strong needs or weak needs being met? Is the market survey accurate? Is it representative? In many cases, the demand is our own imagination, and users are not really eager for this feature. Letting users generate demand is even rarer. As the founder, can you think of it?

Did you have sufficient funds in the early stages of your business? Can the front-end and back-end framework programs be brought together? Is there any UI/UE design? Is there a product manager? Is there operation and maintenance? Is there market development? Are there any sales? If these positions have suitable goals, do you have the ability to persuade Daniel to join your team? If there is no suitable candidate, can you go up there? Start-up companies often have multiple jobs at the beginning, and they have to learn if they can’t, and they have to learn well. As the founder, can you do it?

3. The Trivial And Difficult Things At The Beginning Of The Company's Establishment

As mentioned above, in the early stage of a business, there are often multiple jobs, but is there nothing else besides doing your job? Absolutely not. As the founder of a company, you are responsible for all the trivial matters of the company, because I never heard of any company that hired administrative assistants or secretaries when it started. From small company registration, company rules customization, equity allocation, filing tax returns, and managing cash flow, all of them need to be done by themselves. Although these things are not difficult to take apart, they are all very energy-intensive. As the founder, can you stand it?

In start-up companies, progress will not always go as desired, and business failures often lead to conflicts among team members. Will the members of the team have two minds? How to resolve conflicts? The front-end and back-end programmers have been in conflict and said they stopped working, but what if your project is only halfway through? The new programmer said that his predecessor was superb. What should I do if the code is too bad and needs to be rewritten? After the project is successful, what should the founding team do if the equity distribution is unfair? Any small employee conflict may lead to the dissolution of the entire team. As the founder, can you handle it well?

5. The Initial Promotion Of The Product Is Difficult

The project went through untold hardships and burned a lot of money, and it was finally completed. Then the next question is how to promote it? Where do the top 1,000 seed users come from? How to effectively collect their feedback? What should I do if I get five or five points for good reviews, or not? How to do the follow-up promotion? How long will the money be burned? Can you afford to burn channels? What is the ROI of channel promotion? How to increase the retention rate for the next day and the 7th day? How to increase stickiness? One link after another, every step must be careful. As the founder, can you give a clear idea?

6. It Is Difficult For The Product To Achieve Profitability

The number of users is up, how to make money? What should I do if advertisements lead to a large loss of users? What if online payment users don't like it? What should I do if the investment in offline activities has a relatively low-profit margin? There are many examples of high-traffic and low-profit global Internet companies, such as Amazon. What if I relied on the investor's money if I withdrew or stopped investing money someday? After all, you still need to walk on two legs. As the founder, can you find a golden road?

7. Competing With Similar Products Is Difficult

When the product is well done, the number of users is sufficient, and the money is made a lot, competitors large and small are beginning to emerge at this time. From Tencent 360 to private workshops, how to guard against various potential competitions? How to resist the bright spear and the dark arrow? Take a look at how many people died in the Hundred Regiment Battle, and how many survived in the end. Lashou.com was extremely prosperous for a while, and now it can only silently fall to the end of being acquired. As the founder, can you beat all the challenges?

The above seven points are just some big stones on the road to internet business, and they can be regarded as my own feelings. There should be some omissions, and I will not remember them for a while. When I suddenly remembered, I came back to add some content.

Why SEO Optimization Should Pay Attention?